1 Kings 3:16-28 recounts the day when two women came to King Solomon with a baby, each claiming to be the baby’s mother.  They argued and fought before the king until the king called for a sword.

26 “Please don’t kill my son,” the baby’s mother screamed. “Your Majesty, I love him very much, but give him to her. Just don’t kill him.”

The other woman shouted, “Go ahead and cut him in half. Then neither of us will have the baby.”

27 Solomon said, “Don’t kill the baby.” Then he pointed to the first woman, “She is his real mother. Give the baby to her.”

28 Everyone in Israel was amazed when they heard how Solomon had made his decision. They realized that God had given him wisdom to judge fairly.

The most consequential pieces of legislation before the United Methodist General Conference May 5-15, 2020 in Minneapolis Minnesota is developing a way forward beyond the 48-year-long conflict over the church’s stance on same-sex marriage and ordination of homosexuals. “The Protocol of Reconciliation & Grace Through Separation” has made news in the past few weeks.

According to the article “Protocol Process Painful but Fruitful” in Umnews.org, Patricia Miller, a member of the group who developed the proposal, used the judgment of Solomon as an analogy to describe the protocol process.  The protocol proposes that the Traditionalists within the current UMC would leave the denomination and form a new one.  Like the mother who was willing to leave the child with another woman to let the child live, the traditionalists represented in the protocol conversation will consider leaving the church they love to avoid further destruction. Proponents of the protocol emphasize that no one is being asked to leave the church.

Other pieces of legislation before General Conference would split the current UMC differently based on our views on homosexuality, marriage, and ordination. Comparison of the various plans is available online or, I can email or print the chart for you.  If you have questions I will do my best to find answers.

Details of all legislation are subject to judicial council review.

Please pray for the United Methodist Church, its leaders, and its people as we discern wise and loving ways to honor God, stay true to Scripture, and love all of our unique and diverse neighbors. 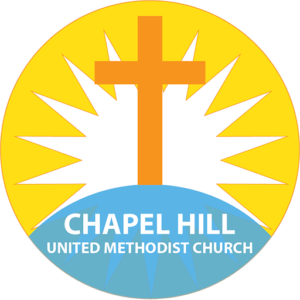 Worship at 10:30 AM
Every Sunday morning